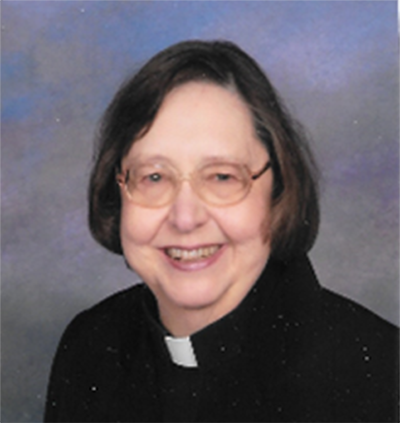 In the past 2 years, how often have you attended Presbytery meetings: More frequently than pre-pandemic.  I have joined virtually by Zoom and continue to do so.

Special skills, knowledge, expertise in relevant areas and compute competency include language(s) other than English: Special skills, knowledge, languages, or other relevant expertise:  Gender justice, gerontology.  I founded the first academic Center on Aging at [then] Northeast Louisiana University in 1976, including designing and implementing 48 workshops and training programs on aging issues and designing and executing the state’s first Certificate on Aging between 1976 and 1980. As a tenured gerontology professor at New Mexico State University, designed and implemented multiple conferences and workshops and developed the first (in the nation) videotaped gerontology course.  I have had published several academic books on aging.  I served as President of the Southwest Society on Aging, as President of Sigma Phi Omega national gerontology honor society, and as Secretary of the Association for Gerontology in Higher Education.  My research and writing interests have focused on women and aging.  Former tenured professor of gerontology at Eastern Illinois University and New Mexico State University.  While a full-time seminary student, I served as Christian educator for several congregations, thus developing experience in developing and providing lifelong spiritual formation, from childhood through older ages.

Please share what you believe are the key theological/social issues currently facing the church and society, and how they shape your experience in the church: Key issues facing the church and society, today, include addressing achieving more harmonious living while recognizing vast differences in lifestyle, philosophy of life, etc.  Certainly, a special concern of organized church bodies is how to reformulate worship and education to reach out to coming generations.  Indeed, it is a tremendous challenge to contemplate providing spiritual support and faith guidance during these times especially to individuals who are coming brand new to their faith beliefs, while continuing to recognize and uphold those of us who have lived “within the church” throughout our lives.  There is room for all of us, and we must be certain to welcome all, reaching people where they are.  The church needs to become, and to remain, integrally involved in eradicating system racism in ALL its forms.  This includes education of church members, and integration and support of worship and education with other historically black and historically immigrant congregations, so that we are united and neither of us is the “other.”  We have a great deal to learn from one another ALWAYS.  The church needs to face—and interact with—other national issues, such as our current pandemic and seek to support those affected by it—such as patients, those who have lost jobs, health care providers.  The church needs to be actively welcoming of refugees and other immigrants through providing supportive services (housing, food, jobs) and offering welcoming hearts to them.  As inhabitants of the beautiful earth created for us by our God, we, as a church, need to be extremely environmentally conscious of climate change and of specific ways each of us can contribute to taking good care of our world. Each of us is imago Dei, and we are here on this earth to live out God’s mission for the world.

Please indicate why you want to represent National Capital Presbytery at the General Assembly: As a lifelong Presbyterian, I deeply value the democratic organization of the Presbyterian Church U.S.A., with Teaching Elders and Ruling Elders sharing leadership of congregations.  Given my extensive experience as a Christian educator in widely different church settings, as a Ruling Elder in two extremely different church settings (Mount Vernon Presbyterian and First Presbyterian Church of Las Cruces, and as both a Specialized Minister (hospice chaplain), congregational care pastor (The National Presbyterian Church), and a local pastor (Unity Presbyterian), I believe I can offer, at the least, a bit of wisdom from all those experiences.  Especially I am able to contribute specialized knowledge on women’s issues and aging concerns.  I would be deeply honored to represent National Capital Presbytery as a General Assembly commissioner, as well as humbled.  Thank you for your serious consideration that, although retired for a decade, I still am capable of providing dedicated service to the Presbyterian Church U.S.A., as I continue to do through accepting invitations to preach as a pulpit supply pastor at both Presbyterian and Lutheran congregations in the Washington, D.C., metropolitan area.  I want to share the wisdom accrued during a lifetime in the Presbyterian church.  I offer myself to serve the PCUSA as a General Assembly Commissioner and I pledge to fulfill a commissioner role to the fullest extent on my ability in responding to this particular call to serve Our Risen Lord and Savior, Jesus Christ.