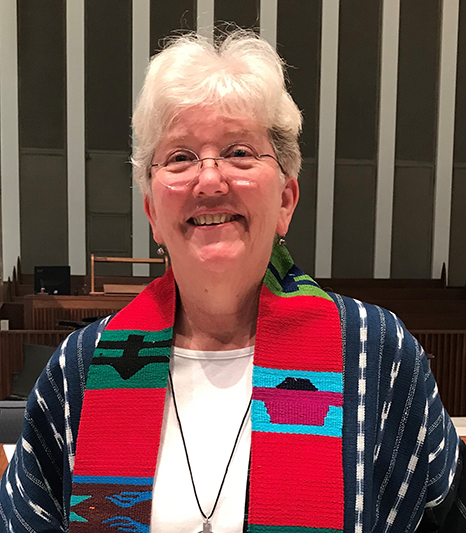 Miriam Dewhurst, Elder
New York Avenue Presbyterian Church
Moderator, National Capital Presbytery
Miriam Dewhurst, Moderator, is an Elder and long-time member of The New York Avenue Presbyterian Church where she has served two terms as a Deacon and several terms on the Session. She has served on several committees including Finance, Nurture, Planning and two Pastor Nominating Committees. She currently serves as Clerk of Session. Miriam has also served two terms on the Commission for Preparation for Ministry and is serving a third term as Synod Commissioner.

*Electing Procedure
The Nominating Committee shall prepare a slate of clergy and elder nominees equal to the number of commissioners as we are entitled to by the General Assembly (less two slots for appointed commissioners: Moderator and Vice-Moderator of N.C.P.) plus two alternates and a Youth Advisory Delegate (YAD). (BO G-11.0103 d and G -13.0102 b) This slate shall be posted online by November 1 and the election shall be held at the November presbytery meeting. The Nominating Committee slate shall be considered along with any other nominations from the floor and included in the presbytery packet as outlined in III. Process C.
Adopted June 26, 2007 by National Capital Presbytery and amended September 25, 2007.